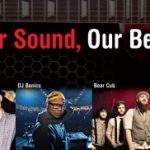 Näkturnal managed the sound ambassador program including the following tasks:

As a result of the Iron City Sound campaign, Pittsburgh Brewing Company increased local distribution, saw an increase in sales for the primary brands, and received over 1.5 million on site and online impressions.

nak@turnal
Recent Posts
© 2019 Nakturnal. All rights just so happen to be reserved.
Contact Us

We're not around right now. But you can send us an email and we'll get back to you, asap. 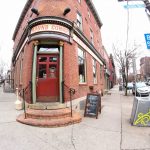